The History Of Loveland Church 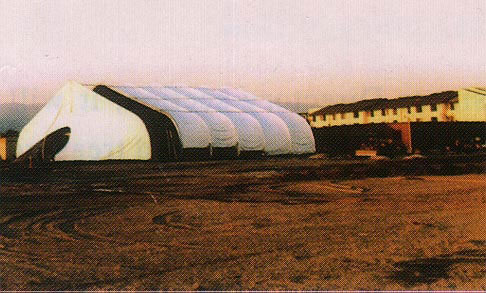 The History of Loveland Church The story of Loveland traces its origins to a congregation originally known as First Baptist Church of North Fontana. Founded on May 13, 1949, First Baptist embarked on a new movement of the Holy Spirit in 1981 when its young Pastor of six years, Chuck Singleton, declared that “God has called us to become Loveland.” Inspired by the faithful nucleus of First Baptist members who followed their Pastor’s vision, Loveland opened its doors for the first time in the spring of 1981. More than 500 believers gathered to worship at the beautiful new facility constructed at the corner of Sierra and Baseline Avenues in Fontana, CA. Almost immediately, the church went from one morning service, to two, and within two years added a third morning service. By 1984, the church had four Sunday morning, and two evening church services. A high-tech tent became the Loveland “Praise Tabernacle” in 1988. Now able to seat 1,200 – 1,500 people in one service, the church experienced another growth spurt and soon grew to three morning services. Meanwhile, God had shown Pastor Singleton that the church should buy freeway accessible property. Both “The Committee on the Future” and the Board of Elders sanctioned the purchase of this property. With a growing need for parking, as well as Sunday School space, Loveland moved it’s worship services to Etiwanda High School in Rancho Cucamonga, in September, 1990. At the high school gymnasium, Loveland again found itself outgrowing parking, and Sunday School space, and experiencing continued spiritual and numerical growth. The Los Angeles Times and several other national publications have listed Loveland as one of the 100 best attended, and one of the 15 fastest growing churches in the United States. At this stage, Loveland is on the move. In June of 1998, Loveland Santa Monica was born, and we have grown to the east, bringing Loveland to Rialto with our new youth and counseling centers, the Centre for Successful Living (welfare to work), our Administrative Offices, as well as a worship service that grows every month. We’re laying down plans to the west for a training facility in Santa Monica, near the ocean. Noted guests at Loveland have included the Reverend Jesse Jackson, the Reverend Al Sharpton, Presidential Candidate Alan Keyes, Congressman George Brown, Congressman Joe Baca, Supreme Court Justice Clarence Thomas, Rep. John Conyers and Rosa Parks.We’re jumping and shouting as we near the threshold of our Promised Land, our main campus in Ontario, near Interstate 10 and Archibald Avenue. At present, Loveland has a membership made up of 2,000 families, 35 vocational staff employees (nine of which are pastoral,) along with more than 150 lay leaders involved in 85 ministries currently operating, which include: Jubilee Pantry Loveland’s emergency food and clothing program. The pantry provides food and clothing for individuals and families, and on a monthly basis, feeds 700-1100 people. The Pantry is located in Rialto, CA. Centre for Successful Living – The Centre provides a program for women in transition from welfare to work. Basic English, Math, Office Skills, Life Skills, Career and Life Planning, and job survival skills and classes are taught to equip and empower. Christian Awareness Alcohol and Drug Program (CAAP-D) This is a drug and alcohol outpatient program located in the City of San Bernardino. It provides substance counseling, and classes. True Vine True Vine is located on a rural ranch in Lucerne Valley, and is an inpatient long term Christian discipleship program for men recovering from drugs and alcohol. Sonrise Senior Citizen Apartments Sonrise is an 84 unit senior citizen apartment complex providing comfortable safe living for the elderly at affordable prices. Loveland has a sterling heritage in its past achievements, and a present filled with unlimited potential. It has been a privilege for each of us to, in some way, share in the many great things God has done thus so far. Now, it is our commission to labor together in love toward the even brighter future that He holds in store.