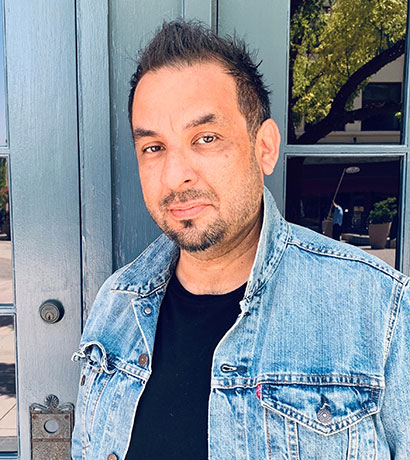 Chuckie began his music career in the early 1990s creating genre-defying music for the masses while breaking down barriers between people and impacting the cultures through messages of the Gospel. He has recorded several projects with a variety of different labels including Maranatha/ Benson, Diadem / Provident, and Essential / Provident. He has performed for crowds larger than 250,000 people, has toured with artists such as Newsboys and​ DC Talk, has played many music festivals internationally, and has performed in hundreds of cities, 44 states including Israel, Italy, and The UK.

In addition to his two hit songs ​Do You Have A Problem With That and ​I Love Your Ways, Chuckie’s music has been featured in multiple different television shows such as daytime​ soap operas ​One Life To Live and ​All My Children, ​Disney Channel’s movie How To Build A Better Boy and on the cover of the ​LA Times and ​Entertainment Tonight. Other popular songs from him are ​Universal and ​A Page From My Life.

Chuckie was born in Fontana, California, USA, and still resides in Southern California with his wife Rosie and two children Solomon and Jubilee.

In 2016, Chuckie turned a longtime dream into a reality when he launched a television program. ​The Chuckie Perez Show​ is a new late-night variety talk show featuring musical performances, comedy sketches, celebrity guests, interviews, stand-up, and more family-friendly entertainment. Broadcasting to ​TBN’s​ over 160 million worldwide viewers, you can watch the show at multiple different times and on multiple different channels or online. ​The Chuckie Perez Show​ airs on ​JUCE TV​, a TBN AFRICA, GRACE TV INDIA, and UPLIFT TV NETWORK. You can also view previous episodes anytime at ​www.chuckieperezshow.com​. Chuckie is the creator, Executive Producer, and host of the show.

Perez’s spare time is spent with family and on his interests of tennis and being a foodie. He also works with Holt International to help rescue children from poverty and get them adopted.

“My mission is to bring hope and laughter to families around the world through my television program, Perez said. “My mission with my music is still the same: to move and inspire the listener to pursue and grow into a personal relationship with Jesus.