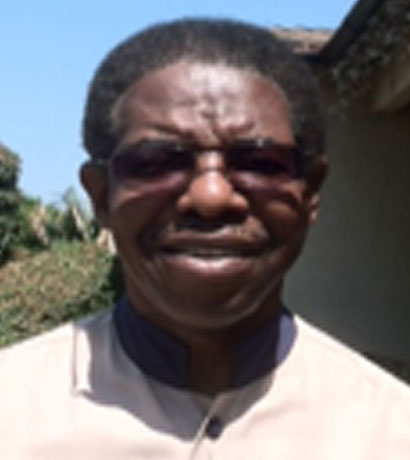 Pastor of Discipleship and Counseling

Robert earned his B.A. degree in 1984 from Houston Baptist University in Houston, Texas and his Master of Divinity degree from The International School of Theology in Arrowhead Springs, CA. And he completed his Doctor of Theology in 1993 from Evangel Christian University of America in Monroe, LA. His Doctorate of Ministry in Marriage and Family Counseling from Denver Seminary in 2013. He has taught in the Christian School system, and is a Certified Teacher/Ordained Minister with the National Baptist Convention Inc.; and teaches an Evangelism class at the local convention.

During the past 30 years, Robert has been worked in ministry: associate out-reach minister, and Sunday School Teacher at his church. He served on staff at Mt. Zion (the late Dr. E. V. Hill, Pastor) as The Director of Discipleship for three years. His duties included: instructing school teachers, young ministers, noonday prayer group, answering Pastor’s Hill’s TBN’s T.V. members letters concerning Theological questions, marriage counseling, and working at the Lord’s Kitchen, etc. He is presently pastor of Calvary Baptist Church in Compton, California. He is a contributing writer, and worked with the Advertising of Urban Family Magazine of the John M. Perkins Foundation in Pasadena, California.

Robert C. Smith was a free-lance writer for Christian Education Publishers of San Diego, California. He won second place in the article writing contest at Biola University Writer’s Institute in 1990. He has written several articles that have appeared in the L~A. Sentinel, The Press Telegram, Cornerstone, Voice of Hope, and Not Forsaking The Assembly Magazine.

His writing credits include: Christian Ed. Publishers, N.F.T.A., The Voice of Hope, The L.A. Sentinel, The Press Telegram, Cornerstone of Waco, Texas, Answers In Action Journal, Urban Family and Decision Magazines. He has published two books: TheHebrews Names of God, 1996 (Townsend Press:Nashville),and Meditations for Ministers, 2000 (Townsend Press).Also, he published a 25 page booklet called Louis Farrakhan And The Nation Of Islam(1997)by the International Tract Society in Garland, TX. And a booklet: “I Just Want to Do God’s Will”(2002)about the life of Martin Luther King, jr.(International Tract Society).

Prior to going into full-time ministry, Robert was a Sergeant in the United States Marine Corps; a Vietnam Veteran. He also was an Assistant Manager of Universal Life Insurance Company in Houston, Texas. He is married to Margaret Smith, and they have one son, Joshua. Robert favorite sport is Basketball, which he loves to play with the kids in the ‘hood, he is currently a chaplain with a High School basketball team. In addition, he likes to read and write. Last, but not least, he accepted Christ as his personal Savior on July 31, 1968.