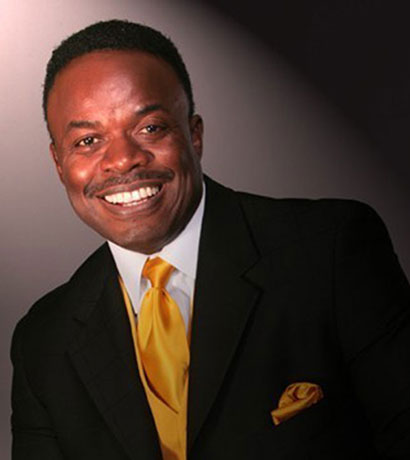 Both inside and outside of Loveland Church, Pastor Chuck has become a leader known for seeking lasting solutions to problems and a better life for all… across the street and across the world. Through Loveland Church, Chuck Singleton has been privileged to train and disciple numerous men and women in ministry – he is a pastor to pastors across the globe, with ministry sons and daughters in South America, Africa and from coast to coast in the U.S.A. Loveland Church is one local church with four locations: Ontario, Santa Monica, Victorville and Rialto (in June 2012).

In 1992, Chuck Singleton began an activist work dealing with slavery in the Sudan. Chuck Singleton established COMPAS (Congress on Modem Pan African Slavery) to combat chattel slavery and other human rights issues throughout the world. COMPAS is now known as, “The LAZER MOVEMENT”.

Chuck is the president of the “LAZER MOVEMENT”, a social action organization with the passionate mission of healing hurts and building dreams across the street and across the world.

Chuck’s advocate endeavors are based on his “Max-Life” message. It is called “Max-Life” because all men should be free to maximize one’s life, to make the most of life, spirit, mind and body.

The Messenger and His Message… “Max-Life”

Chuck Singleton’s national and international preaching and teaching emphasizes the biblically based “Max-Life” message. This is, walking as a triumphant, “Tri-Fit” believer. “Tri-Fit” is walking with Jesus as a spiritually fit, mentally fit and physically fit believer. “Max-Life is about developing all three parts of the ‘Tri-Fit’ being to the ‘Max’ … to the glory of God!” proclaims Chuck Singleton.

Chuck Singleton Th.D. completed his undergraduate studies at Southern Illinois University with a combined religion and history major. His graduate studies were completed at Cincinnati Graduate Seminary and Luther Rice Seminary. He served on the Board of Trustees of the prestigious Claremont Graduate School of Theology. Dr. Singleton has served in similar posts at California State Universities and Azusa Pacific University. He serves on the Senior Advisory Council of the TransAtlantic Roundtable on Religion and Race (TRRR). A fitness enthusiast, he has run marathons for the past 20 years.

The son of Dr. Isaac and Mrs. Pearl Singleton of Joliet, Illinois, Chuck resides in Upland, Califonia, is married to the lovely Charlyn Michelle Singleton and is the proud father of four sons: Chuck II, Christopher, Corey and Carey.